Branding How Are QR Codes Generated, and Does My Business Need One? 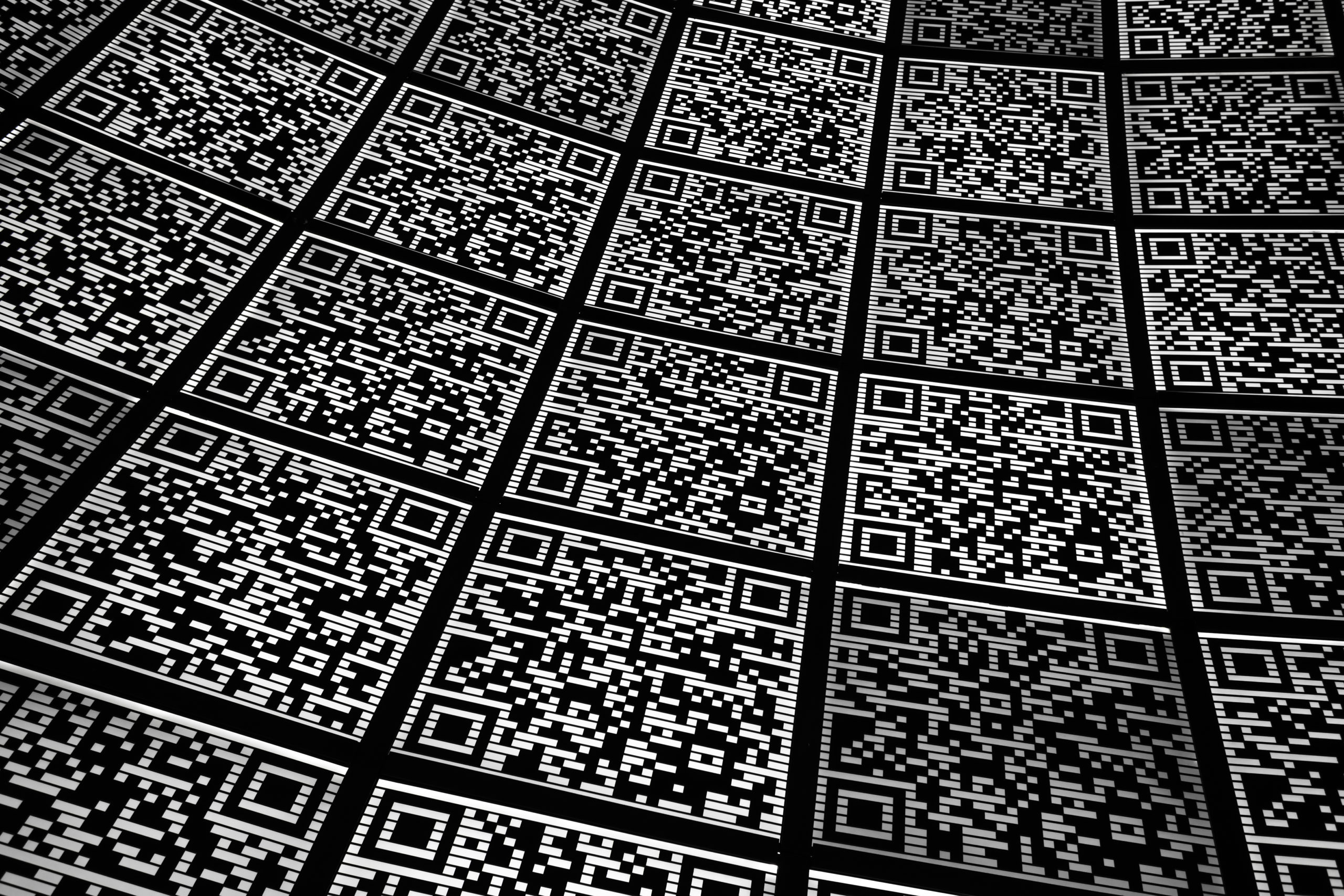 A QR code is a machine-readable code made of black and white squares. The QR code system was invented in 1994. Masahiro Hara worked for Denso Wave, a subsidiary of Toyota Motor Corporation, a Japanese Company. Initially, the code was made to track automobile parts and track vehicles during their construction.

Brief History of the QR Code

Growing from the popularity and convenience of traditional barcodes that were easy to use and quick, companies needed a similar product that could store more information and had more variation. In standard barcodes, information is encoded in vertical lines, and in QR codes, the data is encoded in the arrangement of the various squares. Mobile, Android, and iOS devices can scan QR codes.

Data type QR codes can store up to 7,089 numeric characters or 2,953 alphanumeric characters. They use numbers, letters, punctuation, and symbols to communicate. They are read in two directions, from left to right and top to bottom. This readability makes QR codes able to hold a significant amount of data.

QR codes are used for production and shipping, and transactions. Since 2000, QR codes can be used worldwide. QR codes are found on bills, at checkout counters, on newsletters, in movies and production videos, on a company web page, and as a products marketing tool.

QR codes are used for storing URLs or other information and can be scanned by a smartphone. The alphanumeric string of the URL into a collection of squares. The phone’s camera recognizes the three-position markers that make up the QR code.

Here are a few QR Codes that customers can scan with their android device or another mobile device.

Static QR codes are useful when the information on the QR code doesn’t need to be changed, like in a one-time marketing campaign with a URL with a fixed destination. Static QR codes don’t expire, and the only way it would become unscannable is if it was physically damaged and the pattern on the QR code was altered.

Dynamic QR codes allow you to change your information as often as you want, so engagement is for fresh new information.

Micro QR codes are used on product packages. They are used to track packages through the code’s data information.

iQR codes are rectangle-shaped and are a matrix-type 2D code that holds smaller and larger data amounts.

As a business owner, you must determine when and how to create a QR code. There are QR code generators online. You can design your code and then download the QR code.

QR codes are, by their nature, secure technology. The purpose is to direct the user to data encoded. The data can be in the form of a website URL, a PDF file, landing page, questionnaire, video or audio, and more.

QR codes are not licensed, published as an open ISO standard, and a QR code can’t be trademarked on its own.

The QR code’s URL can take you, the unsuspecting consumer, to a phishing website that tries to get you to provide your user name and passwords. The URL can take you to a legitimate website and trick the website into doing something harmful, like giving an attacker access to your information or account.

Phishing is a fraudulent practice of sending emails posing as if the email was sent from a reputable company. The purpose of phishing is to bait the consumer into giving personal information, credit card numbers, and passwords.

Phishing is accomplished through various tactics. Here are three examples.

This scam relies on fear and urgency. Pressure is placed to get the receiver to submit a payment for genuine goods or services.

By presenting as if the sender is someone known to the receiver and asking that the receiver clicks on a link to view an attachment, photo, or document. The page the receiver goes to looks almost like the genuine Gmail login page. There is an option to grant access to your Google account, giving the attack everything they need to get whatever they want from your account.

There are millions of users with PayPal accounts. The attackers will try to link to the platform to access your bank account or credit card.

Keep Your Company and Customers Safe When Scanning QR Codes

Take a minute and look around. Shoppers, walkers, visitors, patients, and just about everyone have a mobile phone and use their phones for everything. Devices are used more frequently because of better, faster, and more accessible technology, and it seems to be all about speed, information, and connection.

Using QR codes for marketing is a growing practice. QR codes are read and understood by mobile devices. They quickly provide potential customers and consumers with information about your brand, product, and service. The data is at their fingertips and can be pulled up at their convenience.

Marketing has drastically changed over the past ten years. Television commercials, radio ads, and billboard signs all had their place in casing noise about different brands. Grandparents would sit in their living room and “let your fingers do the walking through the Yellow Pages.”

This approach got people’s attention and brought in new customers. Local newspapers got consumer attention through full-page ads or listing in the classified section.

Word of mouth spread in small towns, providing quality goods and services was discussed, and new customers visited to get what they needed or desired. Retail stores placed posters in their front windows to draw attention, and business cards were handed out and stored in business card Rolodex.

Quaint as old marketing practices were they don’t meet the needs of today’s businesses and aren’t effective. For companies like pawn shops or small businesses, employing new approaches is necessary to thrive. A marketing strategy focuses on positioning your brand, creating automated marketing approaches to reach potential customers quickly, and establishing a great workplace, so customers’ experiences are positive.

Let’s begin with understanding your potential customer/audience. In today’s terms, this is your avatar. Knowing who you want to reach and how they can be reached based on characteristics, desires, wants, and input will derail your marketing attempts.

By asking for consumer input, you will gain insight into their perspective. Branding is all about customers’ perception of what you have to offer and your business’s approach to getting the customer what they need and want.

Can you define your brand, your product, and your services? Branding is about the message given to the ideal audience. Are you clear about what your company offers and why your brand is different from your competitors?

Have you considered that your competition may be a nation or worldwide? With the internet and social media, potential customers have instant access to information about products and services 24 hours a day, seven days a week.

This means that a potential customer knows everything, okay, just about everything, they need to know before visiting your store. Your avatar can read reviews, look at prices, view product pictures and come to their conclusion before they buy.

They can’t experience your authenticity and your team’s approach to the customer’s experience. This is unique to your company. This image needs to be consistently delivered so customers remember you and when they think of your business, they are pleased.

Digital marketing is any marketing effort that happens online. The astronomical increase in business websites and the number of people (nearly 90%) who say they go online to research a business before making a purchase or hiring a service company make effective digital marketing crucial to your business.

Each business will have an approach to marketing that works for it. A well-thought-out marketing strategy will be a mix of old marketing techniques coupled with digital marketing.

Flyers, mailers, posters, handouts, and newsletters have their place. Often the use of these can help engage customers like a flyer with a dynamic QR code so the customer can get a discount on their next visit.

TV and radio ads are pricey. They reach listeners but need to be balanced, so the listener doesn’t hear the ad as noise, ultimately tuning it out.

Online ads are available through Google and other platforms like Facebook. Business owners can pay for clicks and advertise a unique event, sale, or reason to engage.

An optimized website, meaning it loads quickly, has relevant content, and has buttons and ways to engage with the person searching the web page, will bring in consumers.

Engagement with a customer starts with building trust with the customer. Customers want to be involved with the business they choose to use for products and services, and they want to know the company and know that when they take action, the business will respond.

Social media marketing is a way to get the word out about your customer. Instagram, Facebook, and Twitter reach millions of people. Getting your avatar to engage by stories, pictures, videos, or whatever other social media marking you are doing as part of your marketing strategy will generate leads.

Email marketing campaigns help with building leads. Including a QR code you made through a QR code generator to create QR codes is a great way to generate interest. QR codes work if they offer a discount or an Opt-in type action.

Opt-in lists are easy to maintain with an automated marketing program like Pawn Leads. When potential customer scans a QR code with their camera app, they are instructed to go to your webpage, which will help them through the process of becoming a part of an exclusive list. The list comprises consumers interested in a specific product like gold or luxury watches.

Pawn Leads is a Customer Communication System and a full-service marketing solution for small businesses and pawnbrokers. Part of the system is an automated CRM (Customer Relation Management) solution that gathers information on potential customers; your avatar. It saves the information in a database so the data can be used for email campaigns, automated text messaging, auto text missed calls, record calls, and webpage builds.

Email campaigns and text messages are designed and sent to your customers with QR codes if you desire. Pawn Leads works with SEO (Search Engine Optimization), press releases, and blogs. The company provides individualized flyer and add management as well as training. 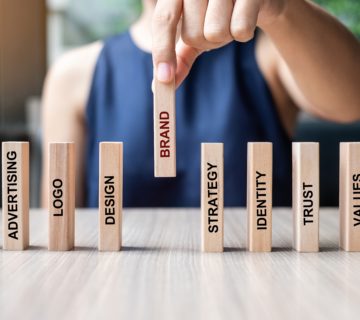 Branding and Marketing, Is There A Difference? 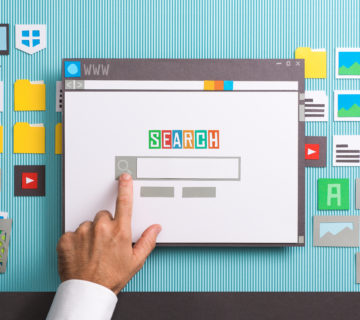 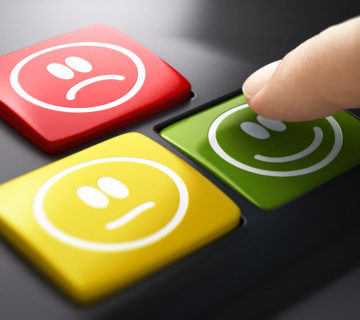 Pawn Leads Automated CRMs and What Does It Do For Customer Experience? 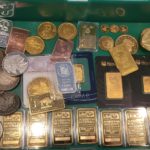 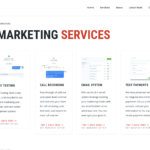 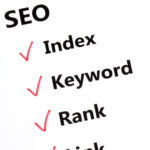 Defining SEO and Making It Work for Your Pawn Shop 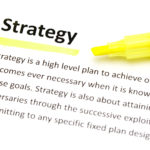